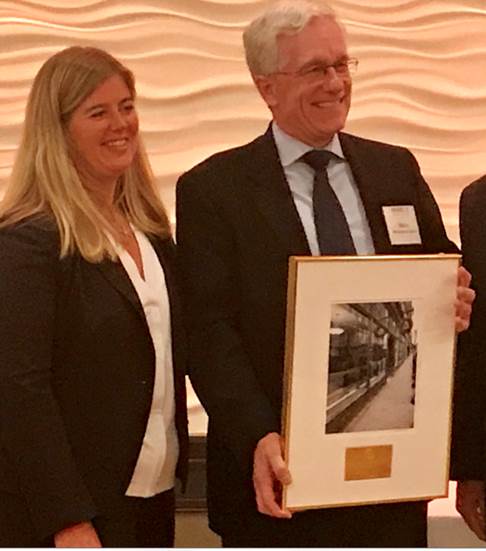 Morrison Mahoney of Counsel Richard Eurich received an MBA Volunteer of the Year Award. Rick was honored at a reception at Lombardo’s in Randolph. Morrison Mahoney Partner Grace Garcia,  chair of the MBA Volunteer Recognition Committee, described for the audience of the number of ways in which Rick has assisted the MBA and its various missions.

Rick has dedicated countless hours serving the Finance Committee and acting as a judge for the MBA Mock Trial Program, but the role in which he was most valuable was as chair of the MBA’s Insurance Committee. In that role, Rick negotiated the insurance products provided by the MBA to its members. A senior underwriter for CNA (the endorsed vendor for professional liability insurance) noted that the Massachusetts policy was the best policy of any bar program in the country!